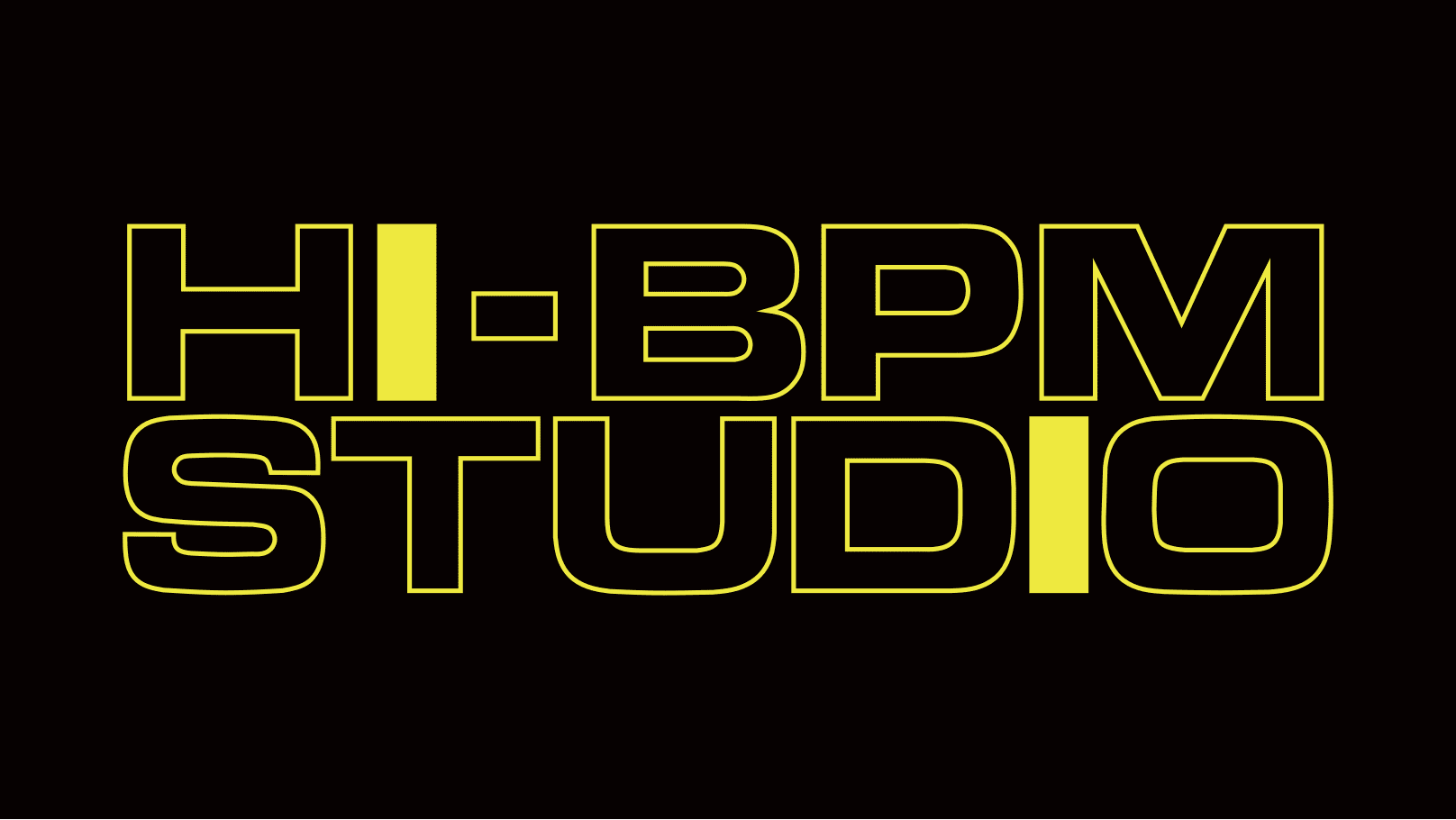 HI-BPM STUDIO is the name of a small studio set up in Machida City, Tokyo, where avex was established before it officially became a label (around 1990).

At the studio, they were trying to produce a Japanese version of the Eurobeat sound that was very popular at the time. Later, the studio released original Eurobeat songs and complilation albums with the HI-BPM STUDIO name.

The YouTube channel, “HI-BPM STUDIO CHANNEL” started in 2021.
The channel was named with the hope that listeners would feel their energy, power and feelings uplifted by the high-speed BPM Eurobeat, live on-air, around the clock.

The “SUPER EUROBEAT” series are the works that could be considered as avex’s starting point. The first volume was released as an imported disc on January 21, 1990, but since avex did not have an original label, VOL.1 to VOL.8 were released as imported discs.

Meanwhile, Mr. Matsuura, the founder of avex, met Dave Rodgers, a Eurobeat superstar and producer that Mr. Matsuura held in very high esteem.Dave had been releasing hits as ALEPH from TIME RECORDS, but decided to start up his own label together with Alberto Contini. This became A-BEAT C RECORDS, established in June 1990.

Mr. Matsuura’s earnest wishes came true after he actively approached Dave and Alberto multiple times and signed a contract with A-BEAT C.
With the label contract with A-BEAT C RECORDS, the establishment of avex trax was announced in September 1990, and avex’s signature compilation series “SUPER EUROBEAT” officially started with VOL.9 released on November 25, 1990. This also meant the birth of the original label, “avex trax,” at the same time.

Thirty years have passed since then, and this series has over 250 works as of 2021, with over 500 related titles. It continues to have a heavy influence, not only on the Japanese dance scene, but also the Japanese music scene.

Said to originate from discos in the 1980s, this is a dance that is unique to Japan and moving one’s hands to the music was called “PARAPARA (various theories exist)” at the time.

PARAPARA continued to live on in discos and clubs in the 1990s, mainlyamong students. Around 1999, popular celebrities and globally-known characters also danced the PARAPARA and this became a national trend. It also spread overseas to Hong Kong and Taiwan.
Additionally, “PARAPARA Paradise”, a textbook video product teaching PARAPARA, danced by the PARAPARA Allstars, was a big hit.
Even after that, series such as the “Gazen PARAPARA”, a fusion of girls and Para Para, continued to be popular.

From the middle of the 1990s, the tempo and feeling of speed that is unique to Eurobeat caught the attention of car users and motor sport fans.

And in 1997, “avex Dome MUGEN NSX” was entered into the Japan GT Championship to try out the fusion of Eurobeat and race scene. From 1999, with an offical collaboration with the All Japan Grand Touring Car Championship, compliation albums were released. There were also official tie-ins with Japan’s largest custom car shows, such as the Tokyo Auto Salon and Osaka Auto Messe.

From 1998, the anime “Initial D” started broadcasting. Eurobeat music is used in the battle scenes of the anime, leaving a deep impression of Driving x Eurobeat. This has continued to grow as a major genre that is supported by many fans throughout the world today.

This is a new genre with a trendy sound that feels just a bit familiar because it is reminiscent of “HI-NRG”, the dance music that is the origin of Eurobeat.
“EUROWAVE” and “Melancholy-type” are good for easy listening or slow dancing and this genre would definitely fit in with various situations.
Check out this genre of HI-BPM STUDIO music soon!